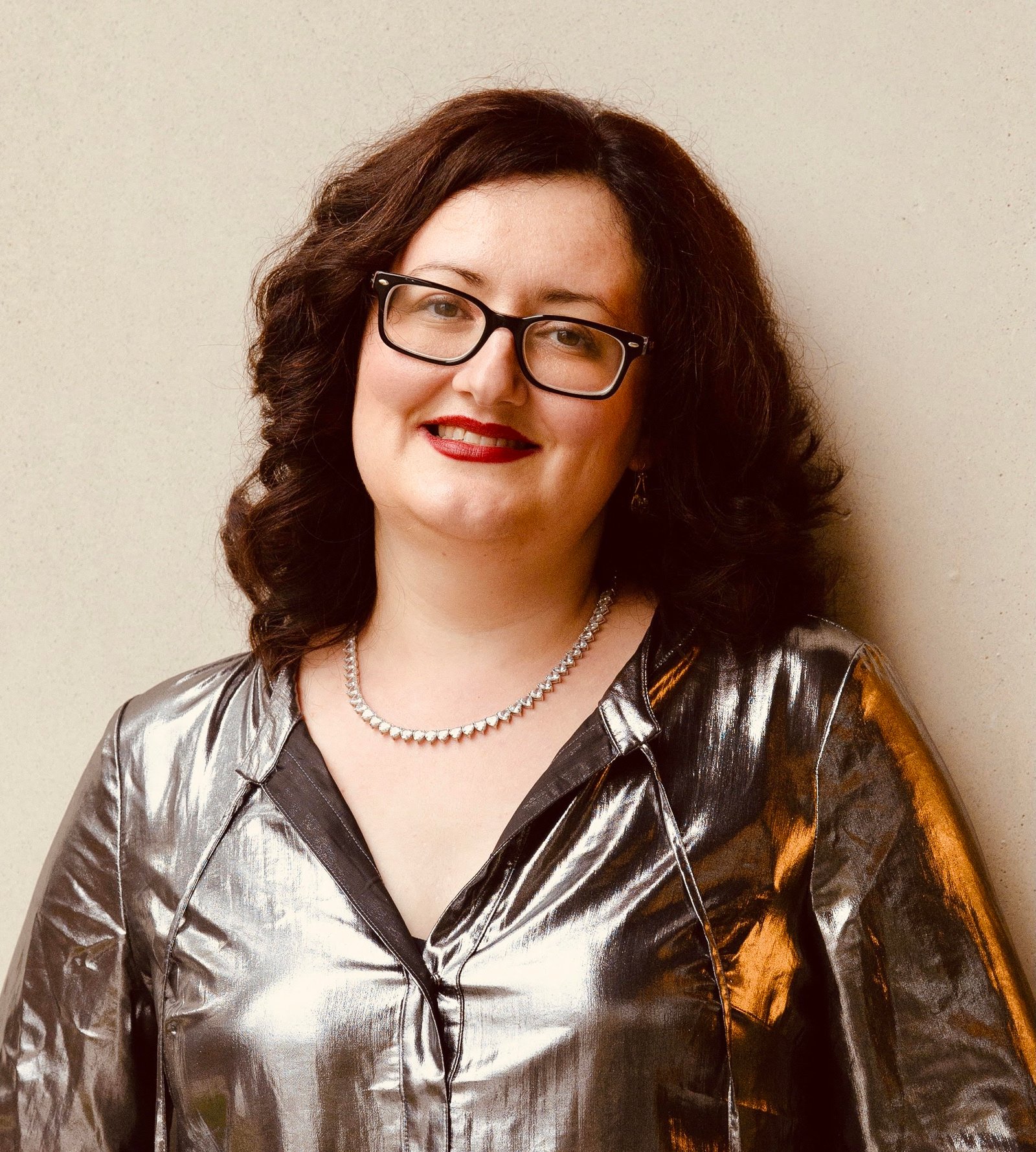 I do believe that the world has never been more fragile than it is now, but it’s definitely worth saving. We live in unprecedented times when our sustainability efforts as well as our technological advances and failures will soon define humanity.

Perhaps desperate times call for even more desperate measures in the form of a healthy dose of . . . chutzpah?

Indeed, I think writers need to apply some “creative chutzpah” to be able to successfully tackle these most pressing questions humanity faces: climate change and its effects on our collective mental health, the rise of AI, unprecedented advancements in technology, humanity’s impact on the world, and the slippery slope between curbing destructive behaviors and controlling humanity.

This is exactly what I did in writing my debut novel Sky Curse: The Chosen Five (Amazon, August 2022).

What is “Creative Chutzpah”?

The reason I call those creative assumptions “chutzpah” is that they are bold and far-reaching. They are meant to help me step out of my comfort zone into my “ambitious chutzpah zone.”

These “creative chutzpah assumptions” inspired the writing of Sky Curse and I believe they actually guided, challenged, informed, and polished my creative process and resulted in a better book.

Let’s take a look at the four assumptions.

1.   First chutzpah assumption — my poetic chutzpah would transfer into my fiction writing.

As a poet, I possess the necessary openness to address the pressing above-mentioned questions directly in my novel writing.

I was honest and bold when I shared my prayers for a better world in my award-winning poetry book, Reaching Beyond Ourselves: Leading A Spiritual, Peaceful and Diverse World, which tells my story of immigration (from Ukraine to Israel to Nova Scotia, Canada). And I was honest and bold in my debut novel too.

The result was stunning. A Sky Curse book reviewer actually called me out for applying “chutzpah whenever necessary” in my writing. The relevant section of the review reads as follows:

“This book is full of provocative ideas and interesting characters . . . From start to finish, the story will keep you thinking about climate change. Janet Kravetz handles the genre skilfully. . . . This is the power of Kravetz’s narrative. She has a strong command of her theme and chutzpah whenever necessary.” — Vincent Dublado from Readers’ Favourite.

The reviewer doesn’t explain this statement and perhaps one must read Sky Curse to understand the full meaning of these words. Nonetheless, it strikes me personally that the statement nicely sums up the bold themes and sassy, humoristic, and timely dialogue throughout the book.

2.    Second chutzpah assumption — the book would facilitate open discussions about the future of the world.

As a sci-fi author, I think that the future facing humanity is both exciting and very unpredictable. The Sky Curse series is a highly entertaining educational piece as well as a call for action. I would like Sky Curse readers to be debating the following, as these questions are not reserved for science fiction fans anymore:

Will people live, compete, collaborate, and integrate with machines?

Will humans become an interplanetary species?

Will there be new world wars over natural resources?

Will the collective mental health of humanity only deteriorate with time?

These are the most pressing questions of the next decades. So, when I read another five-star review of Sky Curse a few days ago, I smiled to myself. The reviewer actually said that this series should be the subject of discussion:

“In turn troubling and exciting, The Chosen Five is more than a dystopian narrative. It is the tale of humanity, bold in its exploration of existential conflicts and deft in its execution of relatable themes and believable characters. Fans of science fiction and fantasy will gulp this down quickly and then think about the warnings embedded in the tale. Sky Curse: The Chosen Five is a fascinating opening for a series that should not just be read but discussed.” —Christian Fernandez from The Book Commentary

3.    Third chutzpah assumption — stellar storytelling, if properly executed, would captivate readers and make them internalize the themes of the book.

“Janet Kravetz fuses the tragedy of a decaying world with stellar storytelling to force readers to contemplate a future that could be theirs if they fail to take care of our world. She writes themes that are resonant and crafts a tale that will have contemporary readers thinking about how their actions affect the environment. The characters are relatable and real, and the author’s ability to vividly explore the psyche of the characters shines through the narrative.”

4.    Fourth and last chutzpah assumption — if readers could relate to the protagonist, then Cecilia’s coming-of-age tale would inspire readers to work hard to save Earth.

Anthony Avina from Author Anthony Avina’s Blog provides a powerful supporting quote:  “The idea of a ‘big brother’ state and the question of how much control humanity has on the impact of the world around them and how much is left up to fate was incredible to read and watch unfold on the page. . . . Thought-provoking, adrenaline-fueled, and entertaining, author Janet Kravetz’s ‘Sky Curse: The Chosen Five’ is a must-read sci-fi meets dystopian conspiracy thriller novel of 2022! . . . The intimate way the author is able to capture the concept of finding one’s voice and stepping into your own power made this such a rich and unique story.”

The last quote by Pikasho Deka from Readers’ Favourite captures this idea in another book review:  “Author Janet Kravetz touches upon some increasingly relevant topics that impact how humanity carves its present and future on this planet. Sky Curse is a cautionary tale showcasing how human activity is threatening to change the planet’s ecosystem and climate. And if necessary steps aren’t taken in time, the future looks quite bleak indeed. Despite the heavy themes incorporated into the story, Kravetz ends the book on a hopeful note. It will leave readers with a sense of emotional catharsis and optimistic enthusiasm that will encourage them to do their part for future generations. Cecilia is a likable protagonist and easy to sympathize with. You will soon find yourself rooting for her.”

All in all, it seems that there is merit in having some ambitious “creative chutzpah” assumptions when embarking on the journey of writing a novel.

Aim for the moon and if you miss, you will dance with the stars . . . hopefully, five-star book reviews . . .

In all seriousness, I find that the most important thing about publishing a debut novel is actually humility. There’s still much to learn and I only hope to merely ask the right questions and let the readers debate and find the right answers for planet Earth and for our collective future.

I don’t know what the future might hold for Sky Curse, but I do know that I wrote it to inspire conversations around the best possible futures for humanity.

No matter what you create, what are your creative process chutzpah assumptions?