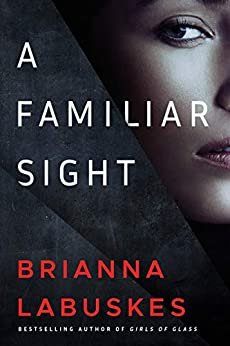 A Familiar Sight by Brianna Labuskes is the first, spellbinding entry in the Dr. Gretchen White series and a tale of murder that tells the story of psychologist and criminologist, Dr. Gretchen White, as she struggles to solve a matricide in a high profile case. Dr. Gretchen specializes in antisocial personality disorder and violent crimes and has helped solve many cases for detective Patrick Shaughnessy. Dr. Gretchen has once been suspected of killing her aunt, and Shaughnessy still thinks about it frequently. Now, when Viola Kent is accused of killing her mother, Shaughnessy thinks it is an open and shut case. The public has already pronounced judgment. The young girl shows no remorse and evidence indicates that she most likely committed the murder. But Dr. Gretchen White thinks differently. In young Viola, she sees a reflection of herself. She believes the young girl is being framed, but can she prove it?

Brianna Labuskes’ novel is as suspenseful as any can be and the suspense is one of the ingredients that transform this narrative into a real page-turner. The author introduces readers to a sophisticated female protagonist, Dr. Gretchen, a character with a troubled, painful past. She is not perfect, and this is a trait that immediately rubs off on the reader and makes the character believable and likable. She is multilayered and developed in a way that will arouse the curiosity of readers. The way she responds to situations allows her personality— complex and inscrutable—to shine through the narrative. She is an enigma of a character. The deftly written plot combines with the dazzling prose to create a delightful reading experience. The tale is clever; it is fast-paced; it is utterly entertaining.