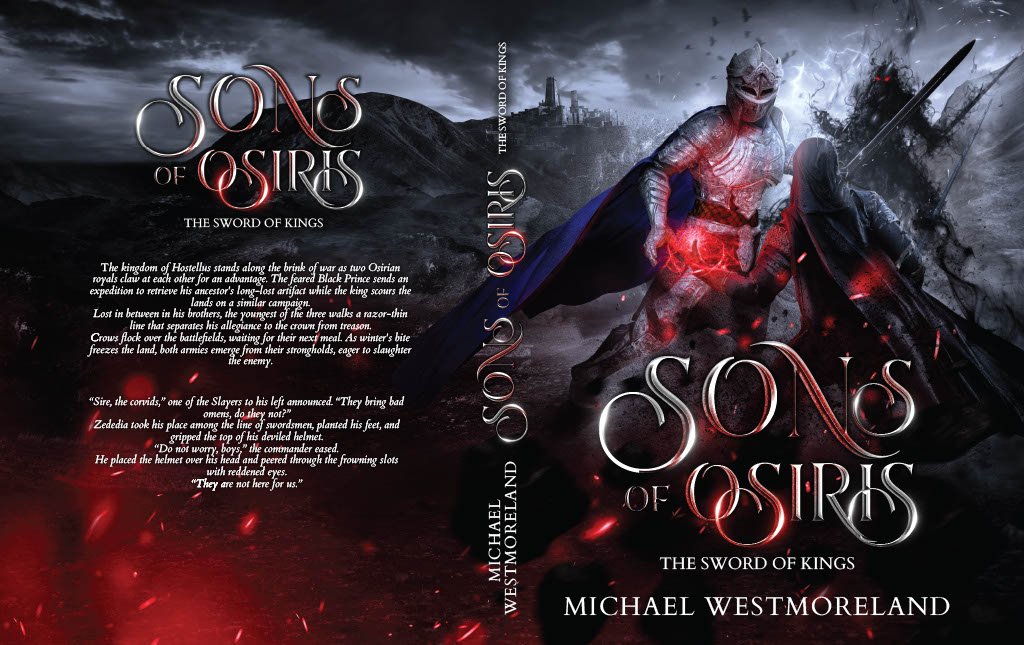 Sons of Osiris: The Sword of Kings

In this mesmerizing epic fantasy tale, Michael Westmoreland transports readers to a land being ripped apart by a conflict that pits brother against brother. It is the Kingdom of Hostellus, in the time of legend — one may say —and the discovery of an ancient artifact inspires the expedition by the Black Prince to retrieve this powerful relic. The King has many challenges to deal with, oblivious to the tension between two of his sons, Matticus and Zededia, who are insanely hungry for power. As they ready themselves to march against each other, the youngest brother, Lucien, must decide whether to seek to reconcile the two brothers or to focus on his allegiance to the crown.

Sons of Osiris: The Sword of Kings by Michael Westmoreland is a wonderful beginning for a journey that will enthrall fans of fantasy and readers who enjoy crisp writing and strong imagery. The setting is stunningly imagined and fully drawn, a portrait of a world threatened by impending war. In the heart of the conflict is a symbolic artifact, a power that can subdue anyone and change the course of history. This is a novel from an author who demonstrates a strong talent for perception and nuance, creating characters that are not only sophisticated but believable, a setting that is like no place readers have known yet strangely familiar. While the physical conflict dominates the story, it will be interesting for readers to navigate the complex inner world of Lucien, a character that struggles to understand the deteriorating relationship between his two older brothers. His internal dialogues and conflicting emotions are brilliantly depicted. This fast-paced, action-packed epic fantasy had me wanting to read the next book in the series.