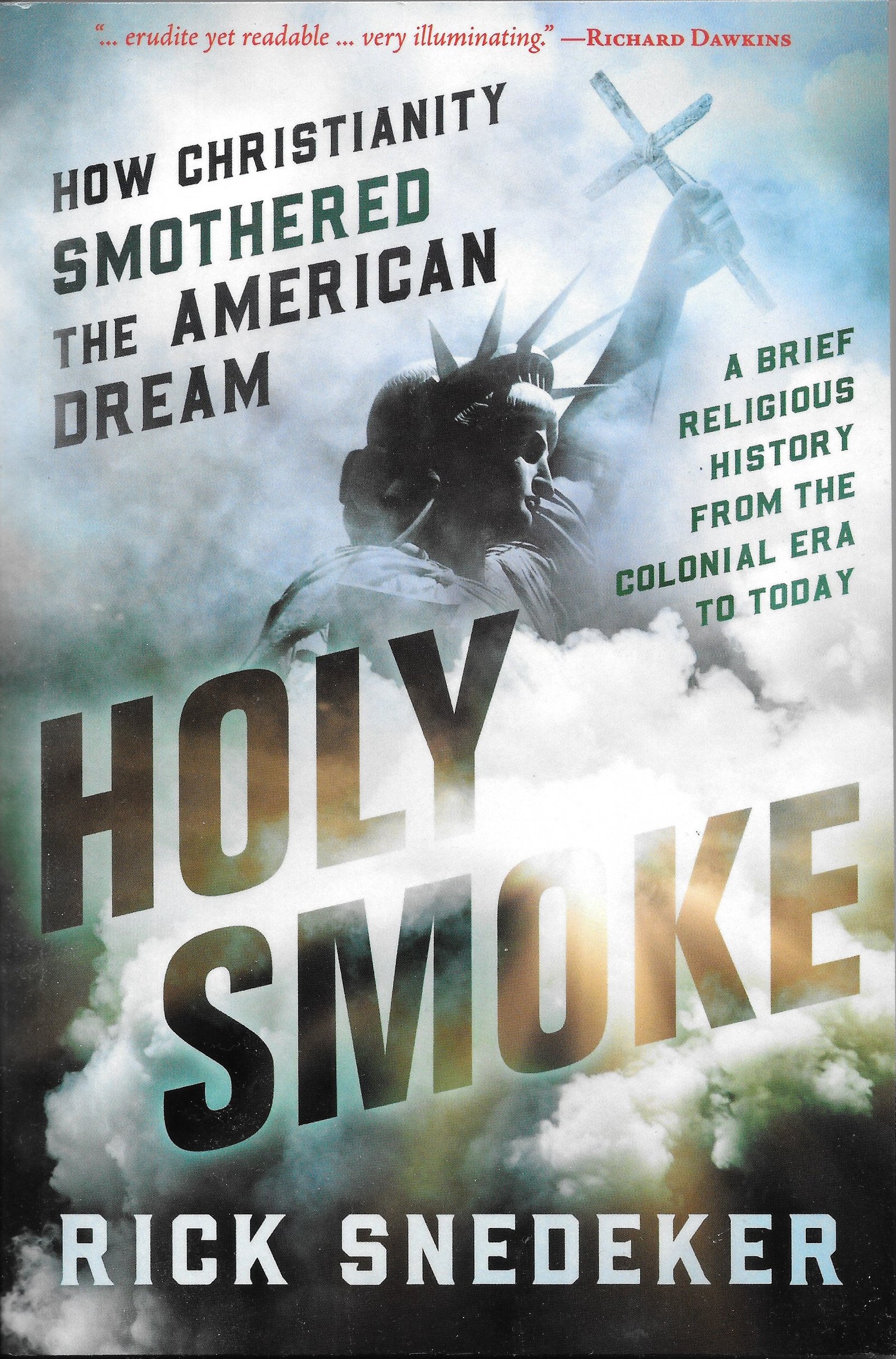 A tell-all about how Christianity has pervaded the fabric of the USA’s ideology, Holy Smoke: How Christianity Smothered the True American Dream by Rick Snedeker demonstrates the true secular vision of the Founding Fathers.

Known as one of the most advanced, educated, and prosperous nations in the world, the USA holds power over the world like no other. With Silicon Valley and some of the top universities in the country, there is no shortage of opportunities and innovation in the region. Nevertheless, even with scientific innovation and technology taking the forefront, the religious fanaticism woven into the fabric of the ideology is abhorrent. Even though the Founding Fathers of the nation had the vision to build a secular democratic republic, the answers to how Christianity astoundingly became pervasive throughout American society can only be found in the nation’s history.

Holy Smoke: How Christianity Smothered the True American Dream by Rick Snedeker chronicles the role religious events and sanctimonious groups played in combining Christianity with the philosophy and the original vision for the USA. From highlighting the Salem Witch Trials to the massacre at Wounded Knee, this book is an illuminating read on how the evidence-based Enlightenment values that were established initially per the Founders’ concepts were replaced by God’s law. The writing style of the author is highly engaging and keeps readers’ attention hooked on the intricacies of every event. Not only that, but Snedeker also explains how climbing out of the abyss may be  a slow and challenging feat to achieve, yet attaining true secular freedom for the country is not entirely impossible. The book will be a great read for anyone interested in religious politics and how religion plays a part in distorting true democracy. It is as resonant as any commentary on the role of Christianity in corrupting democracy can be, as timely as it is unnerving. You will see the American society and political trends differently and from a fresh, objective light.