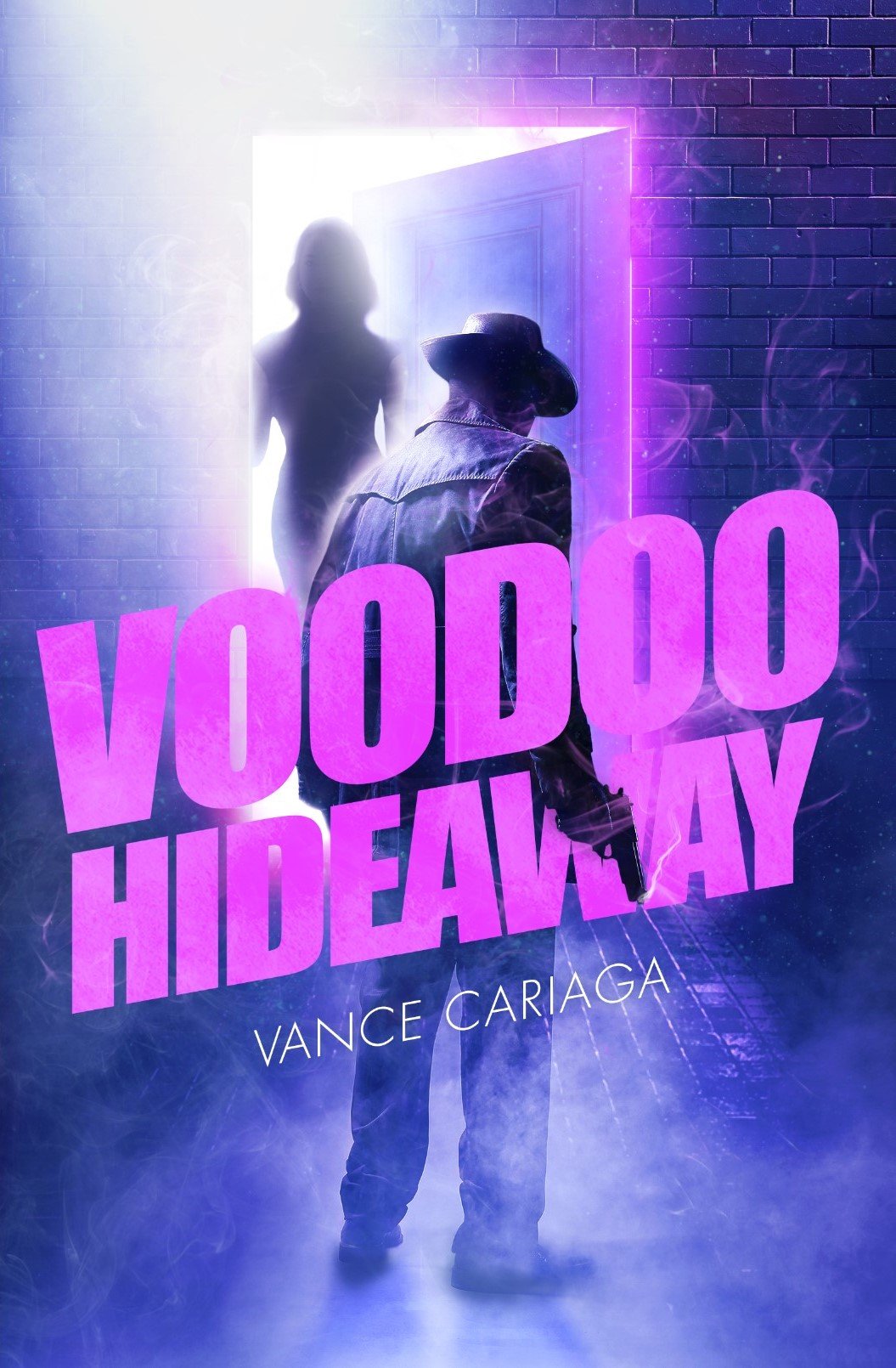 Elrod has known strange alleys in strange places, so when he discovers the faded brick thing on one side of a grimy alleyway in a part of town with crumbling buildings, he isn’t surprised. But when a door materializes in front of him, he knows opening the door and going in is a bad idea, but he opens it and steps inside. Welcomed by the Maître D’ Douglas Flynn, he begins to get fascinated by the festive air in the Hideaway club. Warned by a stranger to get out of the place, Elrod remains mesmerized by the exciting cast of characters, including musicians. Soon, he is embroiled in a conflict with players who pull out guns and people chasing money and willing to kill for it. Can he make it out alive?

Voodoo Hideaway is an intelligently imagined tale with a setting that feels eerie and transporting. The descriptions are terrifically gorgeous and right from the start of the story, the presentation of the alley and the mysterious door catches the reader’s attention instantly, and this also introduces the sense of mystery that permeates the entire narrative: “The alley wall was there, and then it wasn’t. Just like that. A doorway appeared in its place, right out of the blue.” It is real, and it feels dreamy — a brilliant combination that will intrigue readers throughout the story. The descriptions of the Club where “everyone was having a gay old time, laughing and dancing, drinking and smoking” and the characters — from Elrod, whose point of view dominates the story, to other characters like the Maître D’, Lionel, Jade, Fat Sal, and Sidney are vivid. The humor is exacting and even when Vance Cariaga writes about scenes with smoking guns, there is that element of humor that keeps the reader alert and engaged. Overall, Voodoo Hideaway is a captivating tale full of drama and sparkling dialogue, a fun ride that pulsates with action.