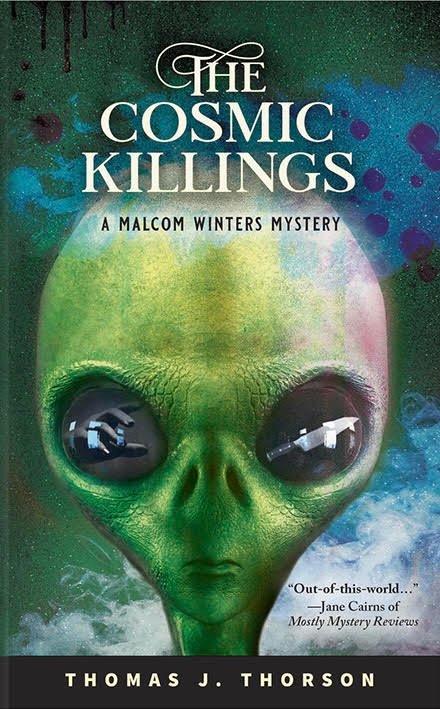 Vinn and Mal, two vigilante investigators, are drawn by the murder of an Amish teenager who is found with a missing skull bone at a zoo in Chicago. While the officials are putting the case off as a random act of violence, Mal and Vinn are investigating other possibilities. With several dead ends and nothing of weight, the two are on the verge of giving up when, suddenly, another bizarre murder occurs. This time, it’s a young suburban man who shares no similarities with the Amish teenager, except for a minute detail of the crime. The strange murders lead the two vigilantes to dive deeper into the investigation. Although the officials are finding it hard to admit, the murders point to the works of otherworldly creatures and take Mal and Vinn on an adventure they could have never fully prepared for.

The Cosmic Killings by Thomas J. Thorson is a tale that discusses the possibility of alien overlords, linking it to ritual killings, the quest for immortality, cult philosophy, domination, and salvation. The author’s exceptional depiction of Chicago adds familiarity and comfort, while the narrative makes this hard-to-believe story weirdly believable. The story explores several controversial topics and presents a great deal of meticulous research by oddly likable protagonists, making it an exciting read. It is a page-turner that stands out in its originality; the writing is excellent and the bold and the characters are unforgettable. The sense of mystery that permeates this narrative will continue to haunt readers even after the last page is turned.