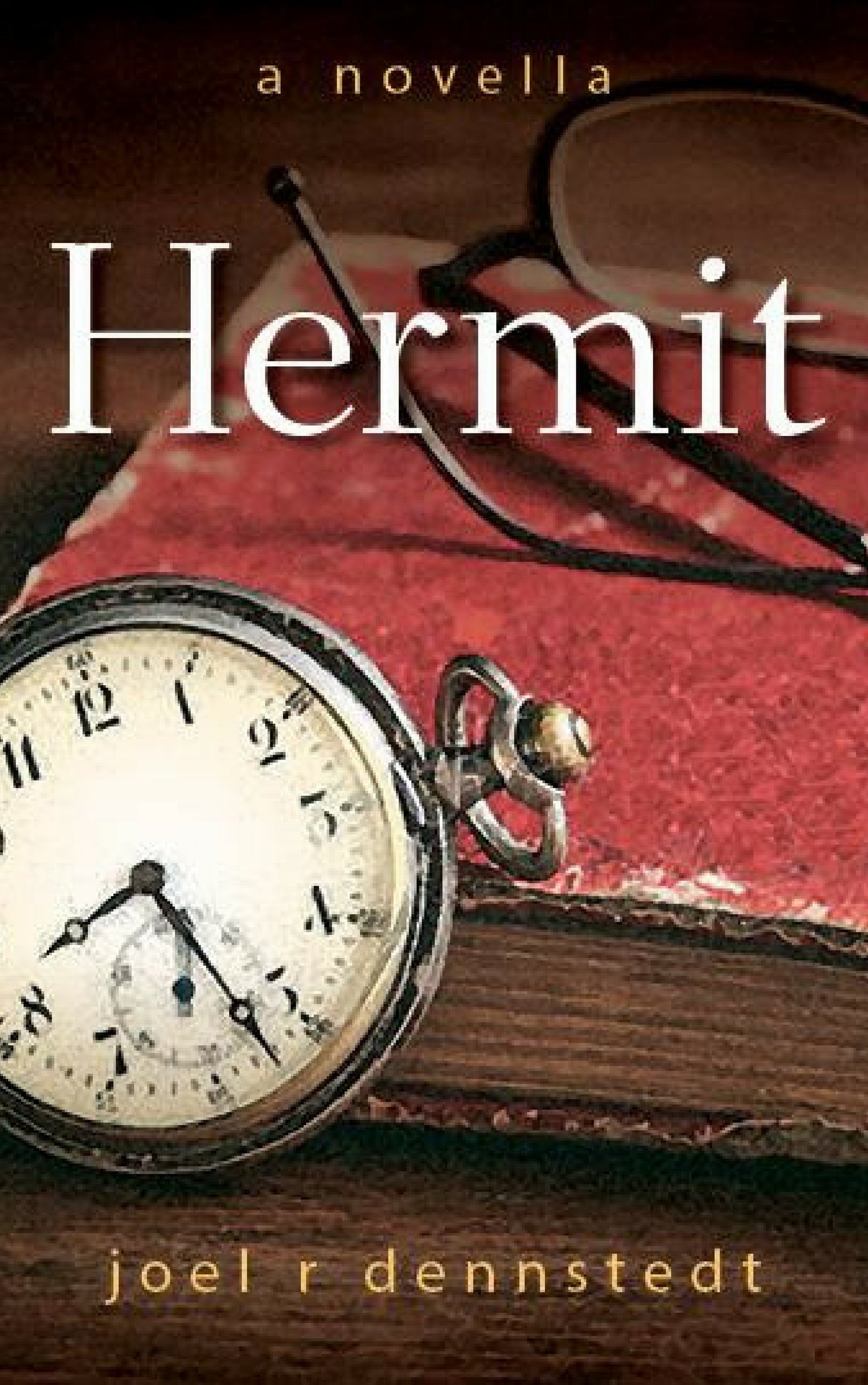 Hermit: A Novella by Joel R. Dennstedt is a hugely imaginative novel that follows Gabriel, an old man who lives in seclusion on a hill near the beach. He is introduced as “less real, less involved, less a part of things in the world.” He sees himself as “a kind of witnessing awareness only.” Following the teachings of a long dead guru, he embraces his solitude, alone with his cat, Nisarga. But everything is disrupted when a beguilingly beautiful girl comes into his world.  He might have ignored her, but the bright Theresa offers a friendship that pulls Gabriel beyond himself, bringing up memories of a world he has left behind, and forcing him to challenge his beliefs in a way he has never known before. Can he reconnect with the man that died in him a long time ago by allowing the warmth of life in this beautiful young student on vacation to warm his heart?

Joel R. Dennstedt’s novella is a work of genius, intelligently plotted with a brilliantly imagined world and characters that are as resonant as they are compelling. In Gabriel, readers will experience echoes of their regrets and frustrations and his encounter with Theresa vibrates with possibilities. While it is suspenseful, the author fills the writing with symbolism, offering metaphors and insights that compel readers to think about their human experience. In this tale, the distance between solitude and friendship is impeccably explored and readers will want to examine what covers that distance. Gabriel is a well-imagined and skillfully executed character, a man who is broken and whose solitude is nuanced and borders on escapism. But what is he running from: the world or himself? Hermit: A Novella is a deeply moving tale that has strong psychological and philosophical underpinnings, a work of beauty that will delight readers while offering them powerful questions and thoughts to unfold by.