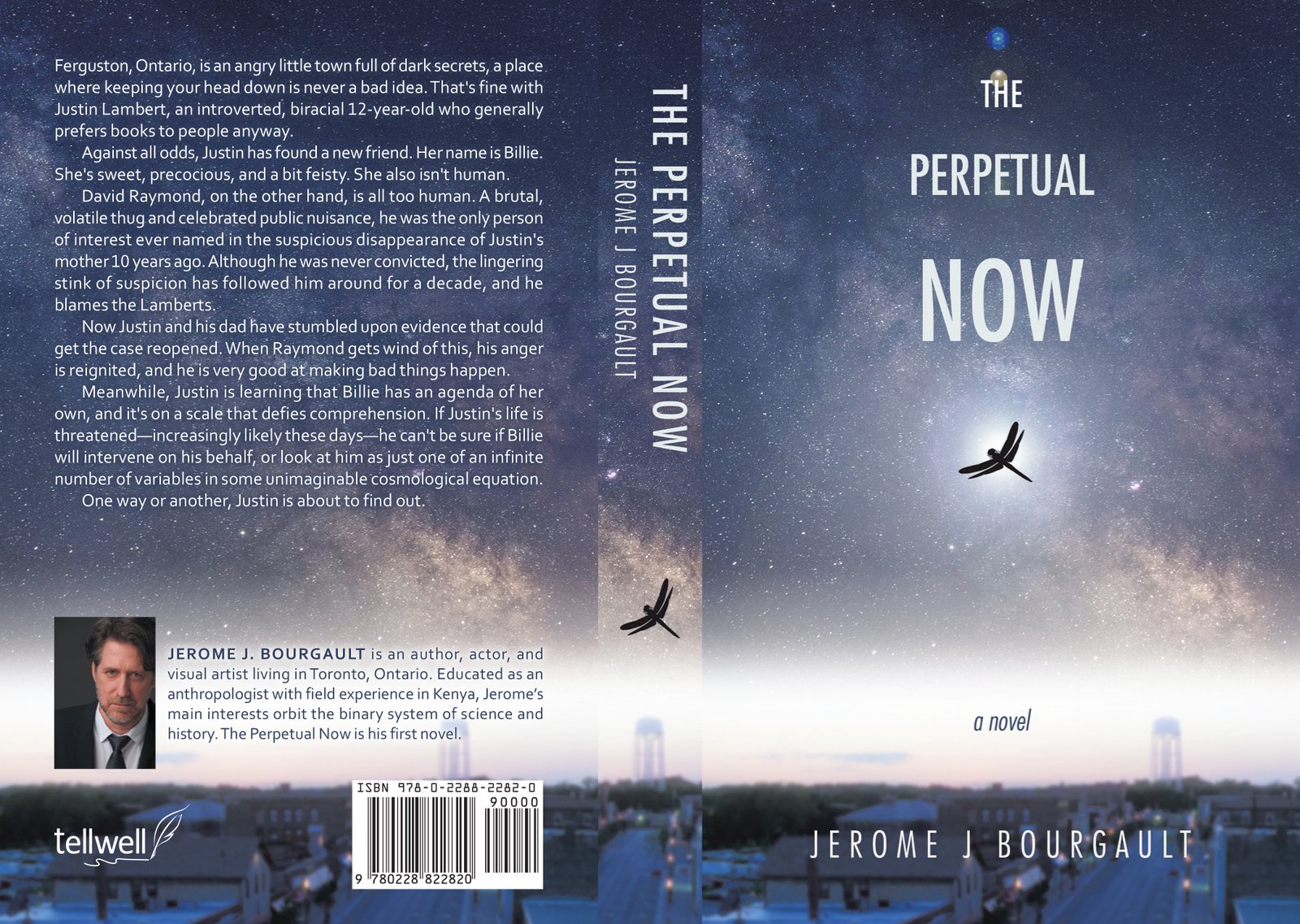 The Perpetual Now by Jerome J. Bourgault is a tale of murder with the setting in a small town full of dark secrets. Set in Ferguston, Ontario, the narrative follows a set of interesting characters. Twelve-year-old Justin Lambert is a bi-racial kid who prefers to keep to himself or immerse himself in books instead of being open to other people. He has developed a strong connection with Billie, the feisty and articulate girl. Justin lost his mother 10 years ago and David Raymond has been the prime suspect, even if the thug still walks the streets unperturbed. Now, when Justin and his father uncover evidence that might lead to the re-opening of the cold case, Raymond learns about it and his anger is piqued. Raymond is a dangerous person and just the fact that he knows about the new evidence already puts Justin’s life in danger. However, Billie has her own plans, but how much of what she plans is designed to help Justin?

This is a tale of a small town. The setting is well-written and it feels like a character in the story; the author offers a clear picture of a small town with its own secrets. The portrait of this town is beautifully painted and the author ensures that the imagination of the reader is aroused as they navigate the contours of this city. The story doesn’t fail in steeping readers in a world of mystery, a plot contains a compelling premise that features murder, and characters that are unforgettable. The bi-racial adolescent, Justin, is well-imagined and written with superior skill. While this story is infused with suspense and mystery, it doesn’t lack the humanity and realism that elevate the quality of good storytelling. This tale is at turns intriguing and unbearably sad, following the journey of a young protagonist who tries to understand the world he lives in while grappling with the mystery of his mother’s disappearance.  The emotional impact of The Perpetual Now is visceral and the author’s exploration of the psyche of the characters, the expert handling of themes of friendship, murder, and family, and the dazzling prose become elements that establish the strength of this tale.