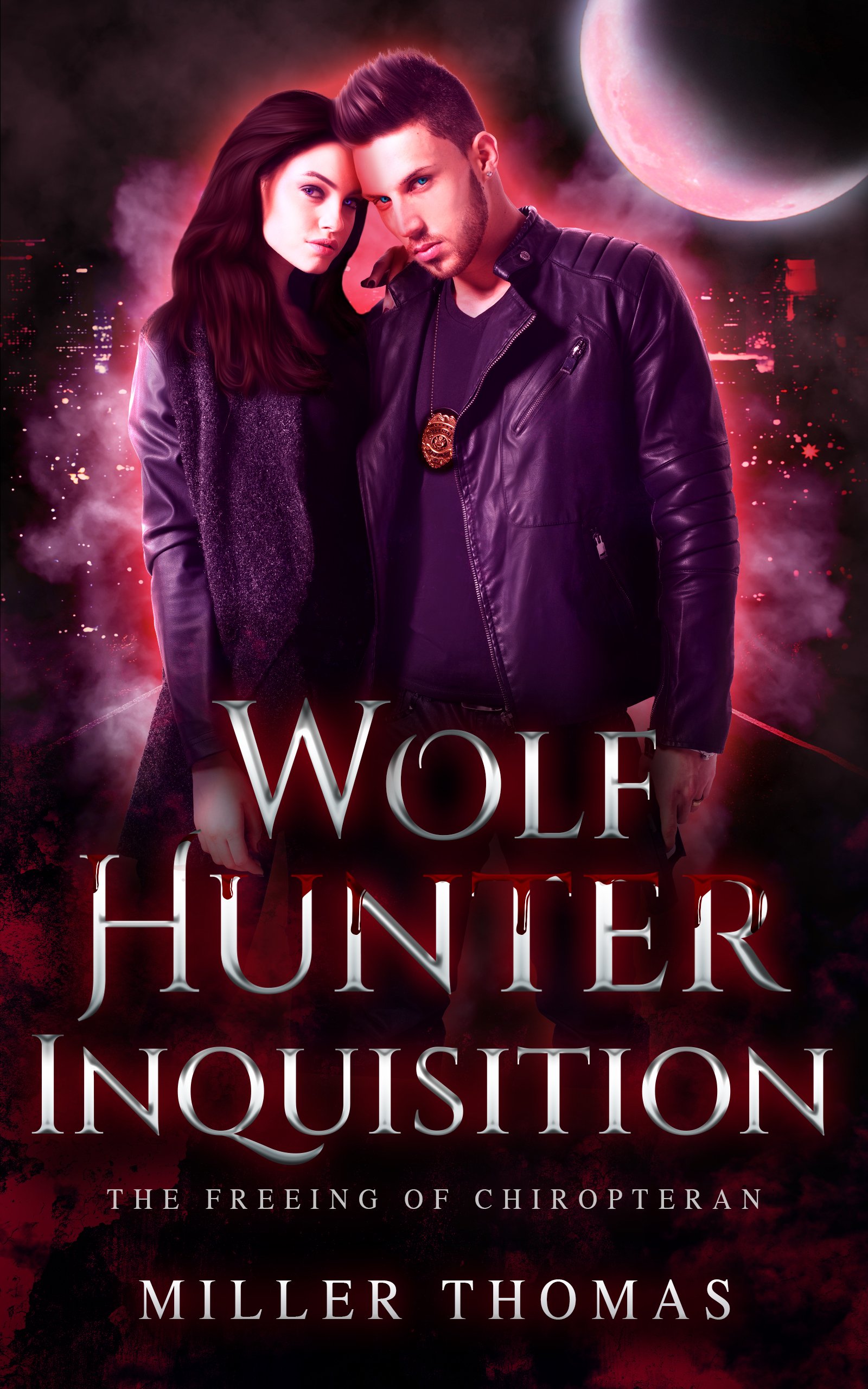 Wolf Hunter Inquisition: The Freeing of Chiropteran by Miller Thomas follows two compelling characters, a detective who unwittingly finds himself with a vampire investigator known as the Wolf Hunter in a grueling investigation to rid the city of a serial killer and wolves that prey on humanity. A serial killer is on the loose and Detective Danny Roberts is at his wits end as he investigates the murders. The sudden discovery that he has developed an unusual thirst for blood makes things even more complicated for him, and as he struggles to make sense of his new cravings, he makes another startling discovery: he is the thrall of a powerful protector of humanity, the Mistress, who invites him to join her in uncovering the serial killers that threaten humanity. The conflict grows stronger as time is running out and darker forces lurk in the night. Can Danny and Mistress protect humanity from an impending threat?

Miller Thomas’ novel is deftly plotted and executed with superior storytelling skills; it is a tale with an irresistible appeal to readers who enjoy vampire stories and tales involving night creatures. The narrative has a compelling premise that will instantly capture the interest of readers who enjoy sleuth, the characters are fully drawn and multidimensional, and the sophisticated world-building will arouse the imagination of readers. Miller Thomas has the gift of writing inner worlds of characters in a way that is realistic, allowing the inner conflict in characters —especially in Danny —to underline the finer traits of their humanity. The prose is dazzling and Miller Thomas writes scenes that are focused, infusing the story with pulsating action and a conflict that grows in intensity as one reads from page to page. This is a compulsively readable urban fantasy that brilliantly melds elements of sleuth and vampire stories to explore the threat against the relationship between humans and vampires, a relationship that has existed for a long time. This author doesn’t hit the brakes, allowing the emotional rollercoaster to speed on and offering moments that are as exhilarating as they are unforgettable.