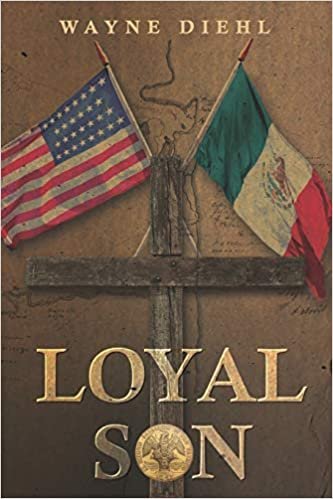 Patrick, an eighteen-year-old boy, and his sister, Ellen, arrived in the hustling, bustling, and slavery-led New York City in 1846. Their father, Thomas Ryan, sent them to America in the hope of finding land and establishing roots once again after he realized that he might not be able to save the family land back home in Ireland. The young siblings experienced a rocky journey to the United States of America, and their hardships had only just begun for as soon as they arrived, they were welcomed with bullying, stereotyping, racism, and the Mexican American War on the brink. Following the onslaught against the Irish Catholics, Patrick's uncle and aunt — John and Mary — lost their home and, with it, all the savings that Patrick had brought along with him to purchase land. Now, being enlisted in the American Army is his only chance of retaining some savings and reuniting with his family.

Loyal Son by Wayne Diehl is a story of an immigrant who, during the Mexican American War, fled to the other side to fight against the cruel Protestant officers. The special unit formed under John Riley, known as St. Patrick's Battalion, would grow to become a highly feared unit in the Mexican Army, and the protagonist is one of the San Patricios. This historical fiction is action-packed and enthralling with strong, elaborately developed characters and enlightening historical details. In addition to providing a vivid description of the life of immigrants in the US, the author also provides a backdrop of slavery throughout the story. The social and political commentaries beef up the setting and provide a fascinating tapestry that transports readers back in time to a turbulent period in US history.

Wayne Diehl presents a part of history in this novel that piques readers' interest and draws them in with colorful characters, a pinch of romance, pulsating action, and intelligently written twists. His research shines throughout the novel — bringing the 1846 era to life for those who were not there to experience it. Loyal Son features dazzling prose, unforgettable characters, and strong family and historical themes; it is deft and balanced.