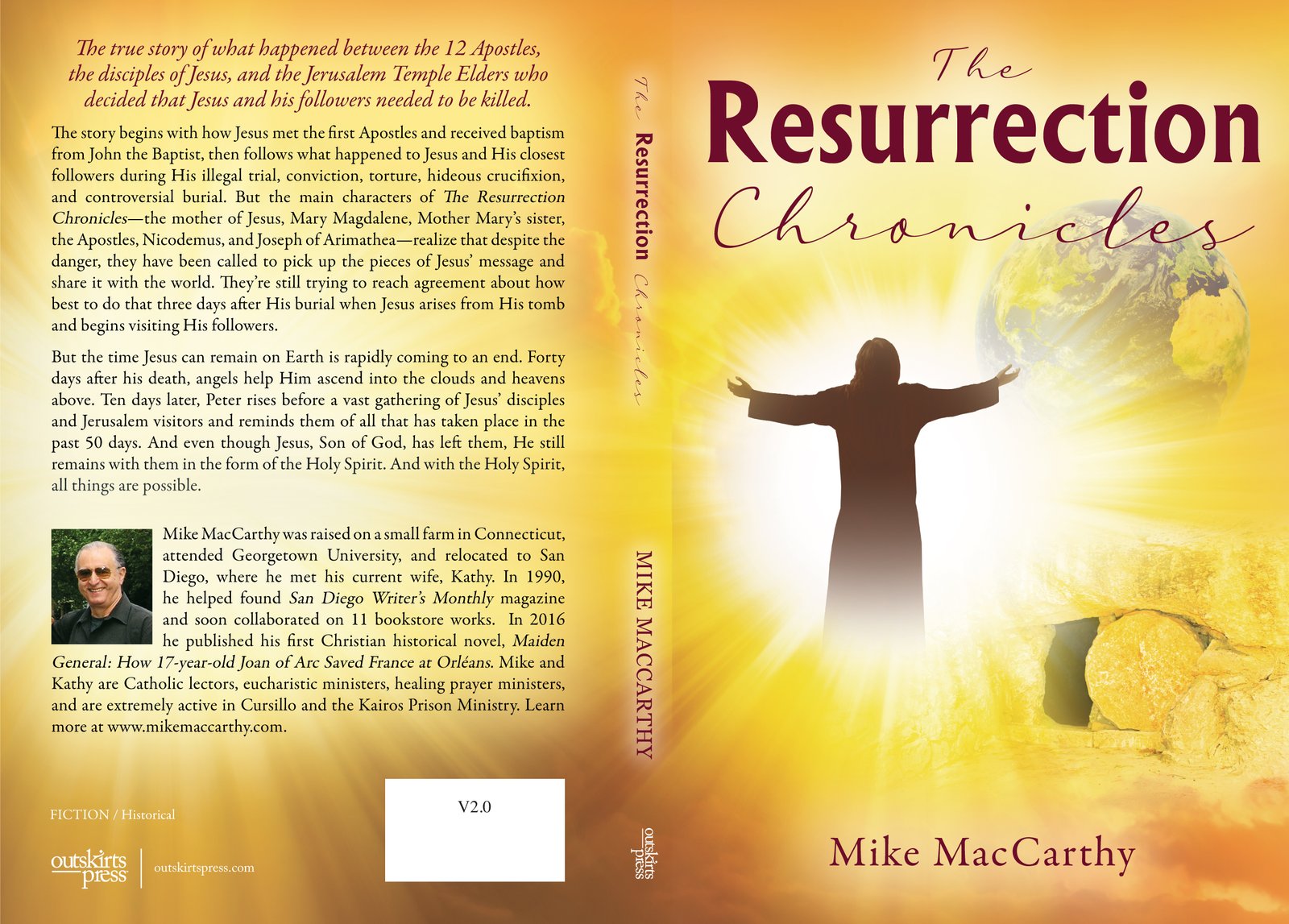 What happened in Jesus’s life that led to His illegal conviction and torture at the hands of non-believers? In between the unjust trial, the crucifixion, and a controversial burial, some people were consistently seeking answers and helping Jesus in His quest to spread God's message around the globe. These people include His disciples, apostles, and Mother Mary, who helped Peter overcome his sorrows and see the world from a different perspective. Also supporting the greater cause was Mary Magdalene, a courageous woman who dedicated her life to keeping Mary, Martha, and their brother, Lazarus, safe from the Sanhedrin leaders who wanted them killed.

The Resurrection Chronicles by Mike MacCarthy takes readers on the journey that Jesus embarked upon in His efforts to reach the masses and spread God's message across continents. However, the main characters of this story are those around Jesus. They were helping him at every step of the way, and even after the days following His burial, they were seeking the answers and finding a way to spread His message around the globe. This story gives us a deep understanding of the unfolding of events after Jesus' burial, His reappearance, and His disappearance once again. It captures the historical setting with vividness, depicting the cultural and political atmosphere with unusual clarity, and it features biblical characters that are emotionally rich and deeply flawed. Mike MacCarthy brilliantly recreates the scenes following the death and resurrection of Jesus, allowing the spiritual climates and the core biblical message to rub off powerfully on readers while entertaining them with stories of historical characters who knew Jesus from close quarters. It is a well-researched and intelligently plotted story that will have readers, especially Christians, racing through the pages.