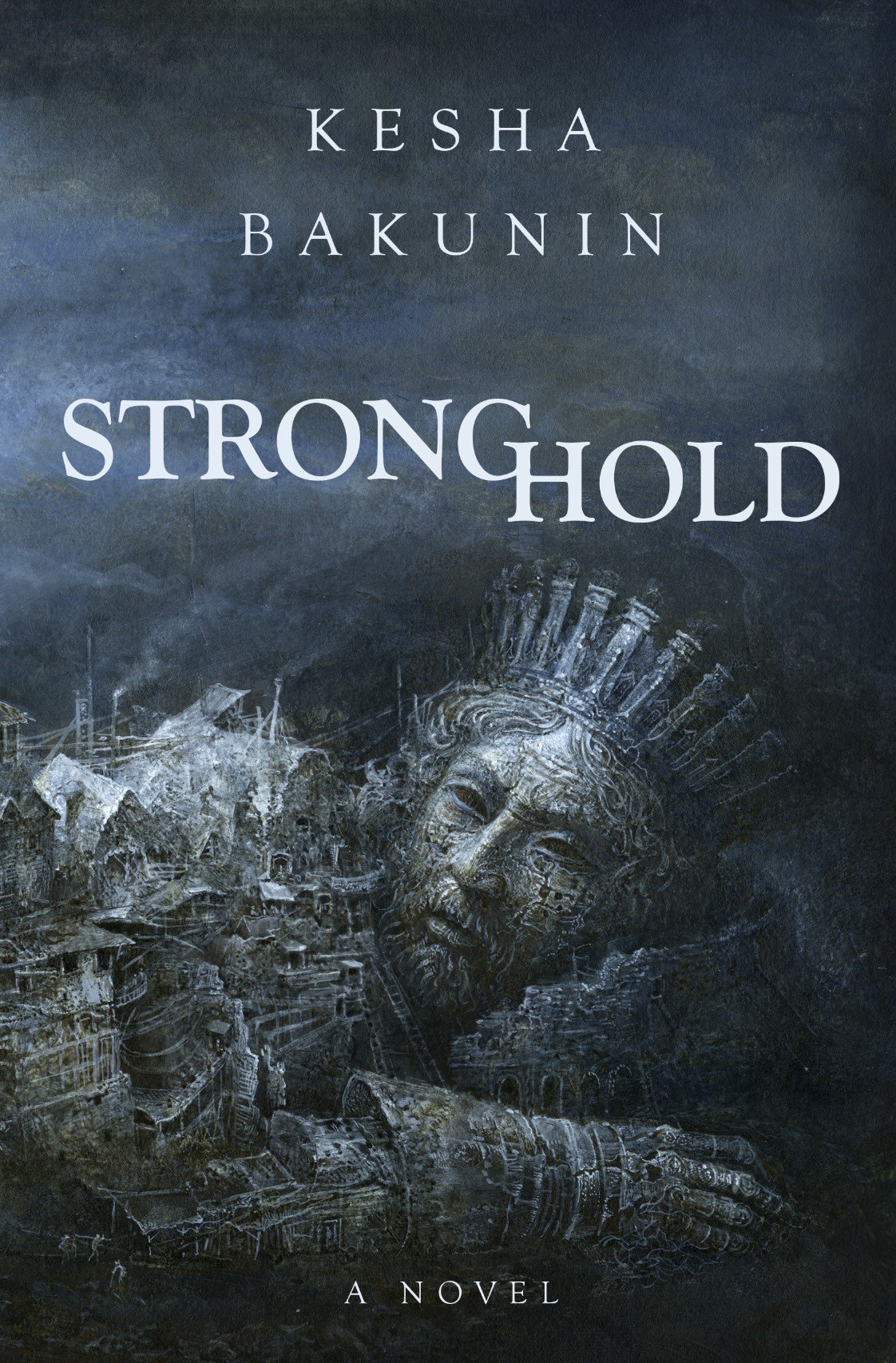 Stronghold is a mountainous structure - almost like a castle - that’s been standing in the middle of a continent for as long as humans can remember. Nobody knows where it came from and why its inhabitants or Keepers never leave the premises or let anyone else in. Nobody has ever tried to take control of the Stronghold, but one king has been daring - or shall we say crazy - enough to give it a shot. After a series of victories, King Nodar of Iskoria decides to lead his army to the bizarre, quiet, and eerie structure. However, his attempt leaves a curse on the people of Iskoria, whom he finds poisoned back home and in a never-ending sleep. He must atone for his deeds, and the structure provides him with a rulebook that all generations must follow...or else.

Stronghold by Kesha Bakunin melds elements of sci-fi and fantasy in a way that makes for an enthralling journey for readers, creating a fantasy world that is captivating and a politics that is unique. The conflict is phenomenal and the stronghold becomes the center of the conflict, a structure that has a symbolic character in the narrative.  This book covers various generations and dynasties, thus switching between different timelines. Readers have to be alert and cautious while reading this immensely complicated tale. However, once they get the hang of it, this book is hard to put down or even forget. Bakunin took inspiration from real-life examples to draw our attention to the world's most complicated yet common issues, which is what makes this book intriguing and thought-provoking.

The character development and each character’s unique qualities, depth, and diversity are elements that will fascinate readers as they read this narrative from page to page. Although this book is not fast-paced or a breezy read, each element is carefully crafted to offer readers that slow-burn experience that is hard to let go of. As someone from a Soviet state who has seen the consequences of religious extremism and autocracy first-hand, Kesha Bakunin has a lot of wisdom to share with the world, and this book contains a lot of it. Stronghold is riveting, featuring memorable characters, realistic themes, and a conflict that contemporary readers can easily liken to what is taking place in many parts of the globe.