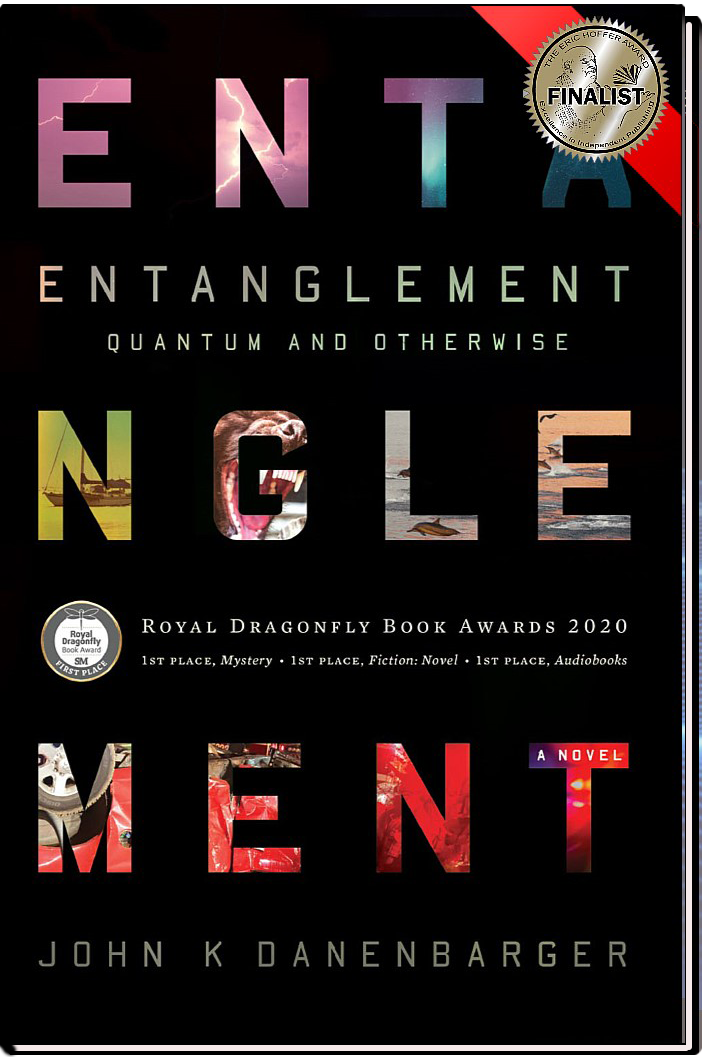 It is the mid-21st century, and Geena is all alone in her fifties. Most of her family is either dead or living away from her. In 2044, when she gets news of the death of one of her parents, her family's past begins to unravel. Beth Sturgess, Geena's mother, is a drug-addicted prostitute who manages to run away to Bermuda with the help of a gay stripper, Joe Tink. It is not the best life Beth could hope for, but it is an improvement from her past in Massachusetts. She lives with an alleged rapist and a slave owner. More complex characters continue to traipse in and out of Beth's life. Her eventual husband, Kevin Nuss, is a police officer, and her friend, Joe Tink's partner, Martin Case, is a math professor who is fundamental to Geena's family history. As the story of Beth's life unfolds, Geena looks for Davis, her estranged brother, in the far future as she discovers the interconnection between the lives of the past and future. Can she unravel the mystery about her family?

Entanglement - Quantum and Otherwise by John K Danenbarger is an intellectual story about connections, family pasts, and friendships, and the author shows clearly how the past engineers the future. The characters are fully drawn and elaborately written and the plot is replete with mystery. The story gets more intriguing as the reader follows the characters from one page to the next; the plot is intelligently written, and the different threads are expertly tied together at the end. The characters in the narrative are intricate with complex yet compelling histories. This book explores the abstract concept of quantum entanglement and interconnected lives, the idea of how unlikely happenings form links and connections. Danenbarger is a spectacular writer who has written an enthralling and profoundly complex story with ease. He delves into the characters' lives, relationships, time, and happenings, and ensures the readers are enthralled with every twist and discovery. Entanglement - Quantum and Otherwise by John K Danenbarger is a must-read for suspense fans everywhere for its interesting moral dilemmas and brilliantly written characters.