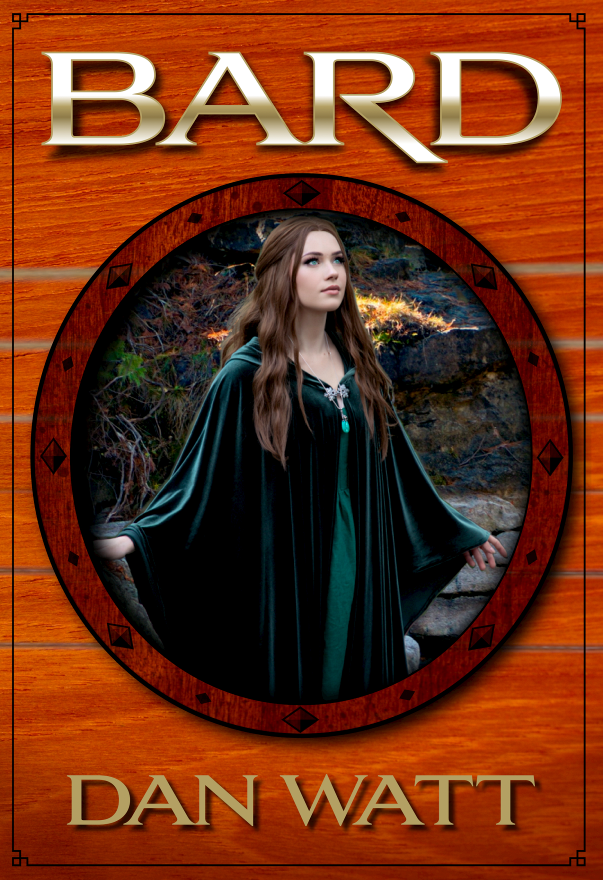 When Bran discovers he has been accepted to the Bard institution his father apprenticed at when he was younger, he must go on a journey through unfamiliar lands to fulfill an important mission. At his departure, his mother draws him closer to her for a goodbye hug and tells him that the gemstone against his chest must be returned to its rightful owner. As he bids goodbye to his father, his father gives him a dagger made from a strange metal to protect him on the way and an ominous warning: traveling is much more dangerous now. Now, Bran must navigate through tough terrain, battlefields, castles, and meetings with magical creatures and overcome all obstacles to fulfill the quest to return the gemstone to its rightful owner.

BARD by Dan Watt is a beautifully written fantasy tale with lovable characters and an exciting world to navigate, a gorgeous treat for fans of young adult fantasy, featuring a young protagonist that is fully drawn and that evolves in surprising ways through the narrative. An epic fantasy tale following the young Bran’s journey into unknown terrains, who has lived in a small village his entire life, the readers will get immersed into a world of giants, demons, and a kingdom with a mad immortal ruler. Dan Watt builds the fantastical world around Bran with such preciseness and richness that it completely absorbs the readers into the difficulties faced by the protagonist. Bran meets magical creatures from far and wide, loses friends, and fights off dangerous enemies in the quest to meet the love he cannot forget.

This book is an exhilarating tale of adventure and fantasy and will keep readers on the edge of their seats, waiting for the next twist. BARD by Dan Watt is the perfect read for fans of fictional dark fantasy who like an unpredictable plot. Fans of exciting worlds like what readers find in Game of Thrones won`t be disappointed, but it is the author`s deft handling of character that had me turning the pages.