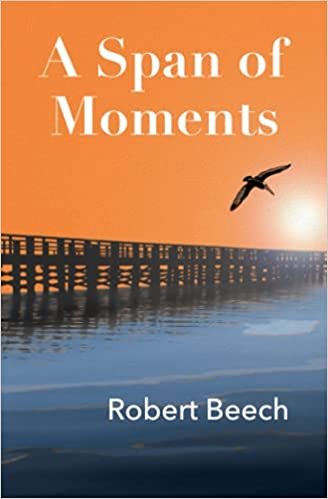 A Span of Moments

It’s 1994, and Jake Crawford, a bioscientist, becomes disheartened by the greed and cold-heartedness of the pharmaceutical industry. He leaves his promising career in medicine to return to a simpler life. He longs for his childhood way of life in Florida, where he lived a much quieter lifestyle. But there is deep trouble brewing at home as well. Marcosta Island, the 'old' Florida, is being threatened by the expansive developmental plans of multi-billionaire, Derek Nielsen, who wants to profit from the Island's natural beauty by turning it into a tourist destination. Within hours of his arrival, Jake is pulled into the conflict between the residents of the Island, pushing back against the detrimental development plans and a powerful real estate developer who would transform the Island into something similar to the rest of southwest Florida.

A Span of Moments by Robert Beech is a profound story about the deep conflict between conservation and development and doing the right thing. Beech handles the subject with immense care as he talks about the issues in an impartial manner, weaving intrigue into the story and expertly sustaining the attention of the reader as they follow the protagonist from one gripping page to the next. The story also explores the past with references to World War 2, with Simon Bronson's storyline, who meets Jake in his first few hours in Florida. Simon plays an important part in plot development and conflict. The other characters of the story are also well-drafted and have an intellectual and complex way of thinking that adds to the underlying tension of the story.

Beech brings out the instances of American developments and delights readers with natural-sounding dialogues and the characters' internal dilemmas while deftly presenting the effects of such developments. He beautifully intrigues his audience with local politics and hidden symbolism in Florida. The book is balanced and deftly written, from the ingenuity in crafting a setting that is rich in imagery to the cunning plot points, to the dazzling prose and the drama, conveyed in brilliantly written dialogues.