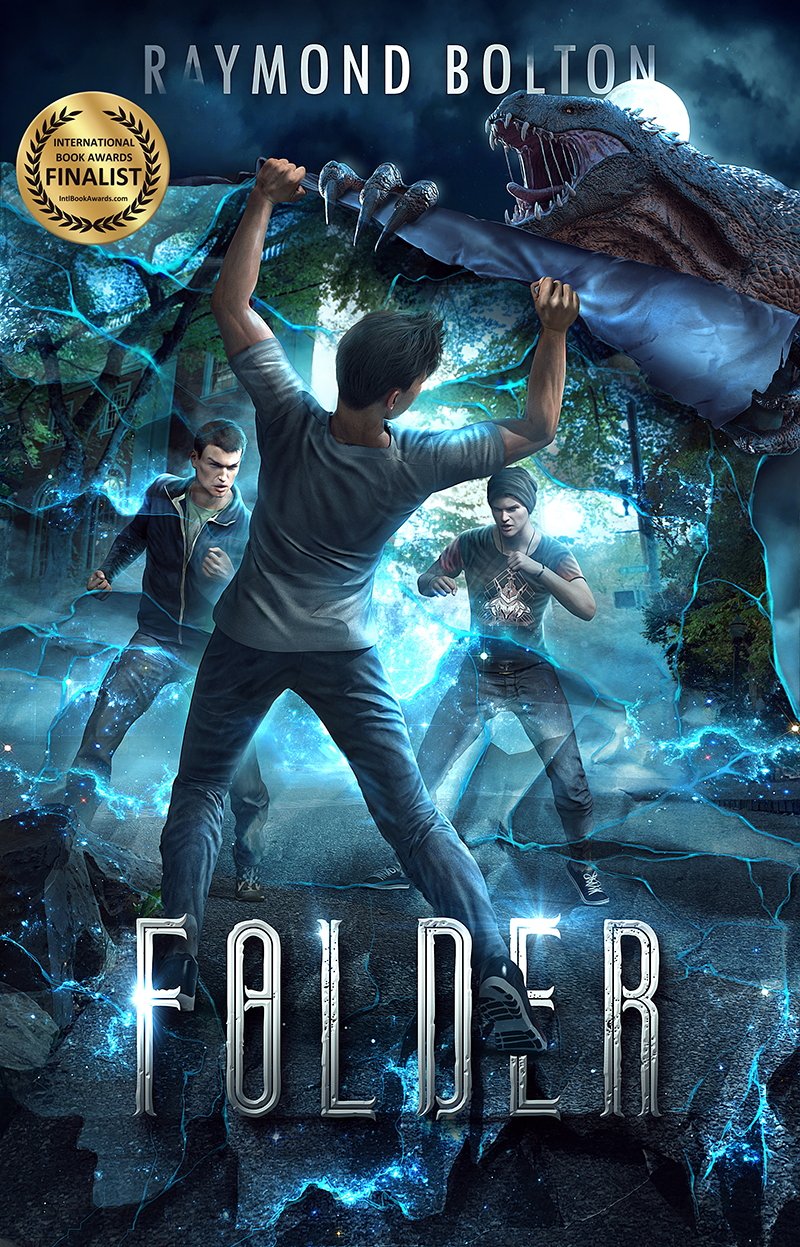 Eric Folder is an ordinary college freshman. Having recently moved to Oregon to attend Portland State University with his family, Eric is navigating his new routine when a car accident alters his life forever.  Doctors are unable to explain why he can witness luminous lines in his vision and his migraines have become a constant companion. Accosted by a gang of thugs shortly after, he finds himself defenseless. As he tears at the ‘aura’ he experiences, Eric finds himself transported to an alternate reality. As he tries to make sense of his new surroundings and the powers that are within his grasp, his life continues to transform until it becomes a mangled nightmare.

Folder by Raymond Bolton is a sci-fi thriller for readers who enjoy the prospects of mythical philosophies and the existence of parallel worlds. It is an adventurous story that has a unique premise and strong storyline that keeps readers captivated until the end. The work finds a compelling protagonist in Eric, who is trying to live through the consequences of the choices he makes. Going from one reality to another, facing changes as the story introduces new twists and turns along the way, Eric has to contemplate the shifting dynamics around him and the impact that they have on his current reality.

Raymond Bolton is master of the art of captivating readers in ways that they never could anticipate. His works carry an imaginative flair and superior storytelling that keeps the readers enthralled. The climax of Folder ties parallel realities and Eric’s journey in a satisfying manner; the plot moves at a fast-paced —not dragging scenarios unnecessarily yet explaining every aspect of the story clearly and in detail. Bolton weaves in some romance as well, with Eric’s love interest Erin developing a special bond throughout the different journeys that they undertake. Raymond Bolton is a sci-fi writer who deserves attention.