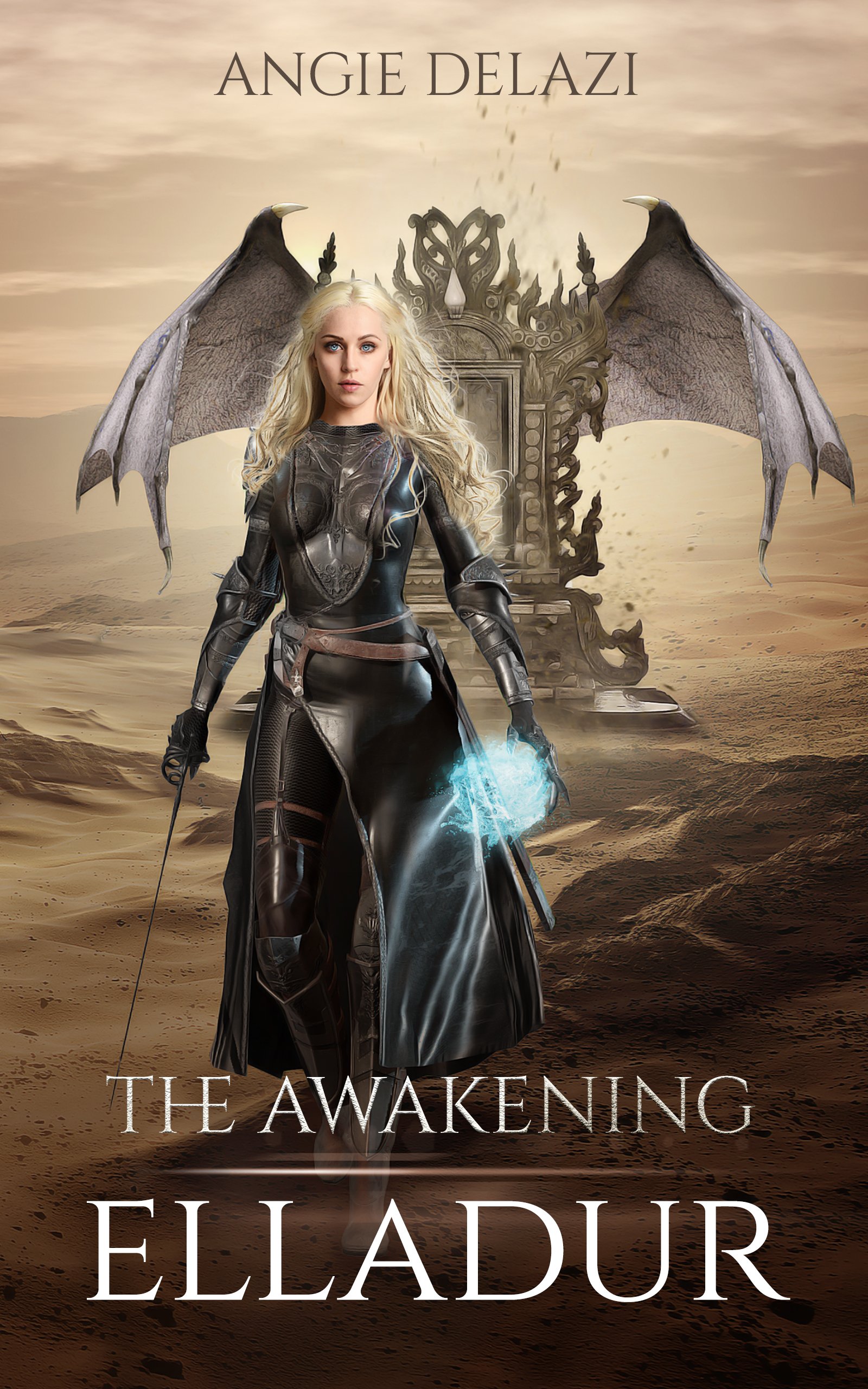 Liya has known her powers to be a curse and something she must conceal from others to remain safe. As the King’s spy, she has been given the responsibility to find the truth behind the political marriage of the hostile kingdom. During her journey, Liya and her friend, Ewan, come across secrets from the old, long-lost kingdom of Elladur. With a glimpse into the future, Liya soon starts to understand her true powers and incredible abilities and finds many truths and lies that she has been living with. As she learns more about the kingdoms of Namoor, Eryon, and Dar'Angaar, she discovers that her previous lover, Haydn, is set on the path to becoming king of the latter kingdom. Is he who he says he is, or is there more to Haydn than meets the eye?

Elladur: The Awakening by Angie Delazi is a tale replete with adventures, shocking discoveries, power, and war. With each chapter, the readers will find themselves more engulfed in the story and a newfound interest in the characters. The story offers the perfect meld of thrill, suspense, and action and presents a strong female protagonist who has superhero abilities. It is an interesting read with well-developed characters and elements brought together with appropriate explanations and superbly written back stories. The language and tone make this book a must-read for young and adult readers alike. Elladur: The Awakening depicts a magical world with a gradual, easy-to-follow structure, making the characters all the more relatable while keeping the story engaging and interesting. The in-depth details make it easier for readers to visualize scenarios and anticipate what's about to come throughout the book. Overall, the author has done a splendid job of bringing the characters and the plot to life, weaving realism and humanity into the story and exploring a conflict that grows in magnitude from one gripping page to the next.