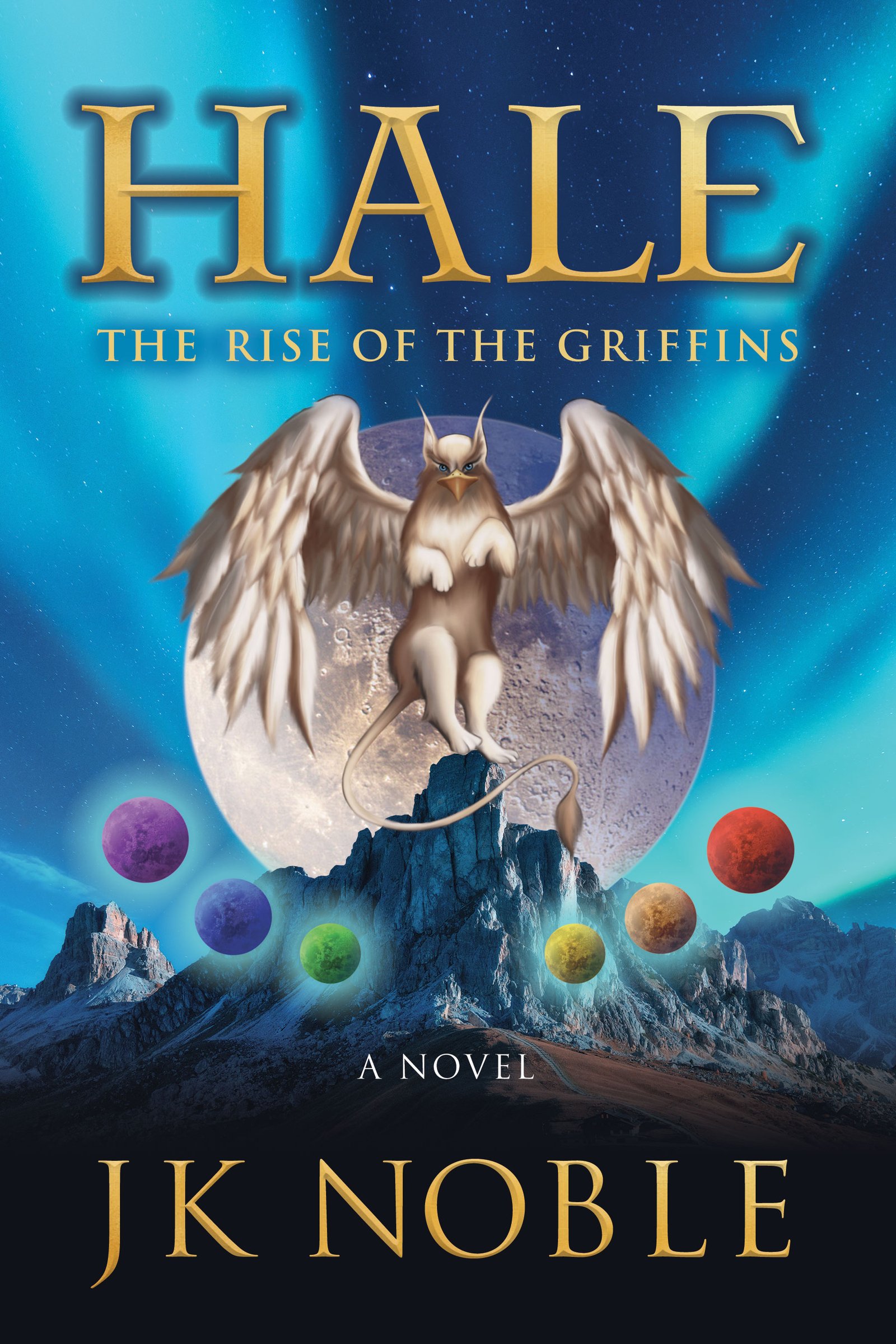 Hale: The Rise of the Griffins

Twisty and filled with adventure, Hale: The Rise of the Griffins by J.K. Noble features a young protagonist, Hale, a sixteen-year-old boy who has no idea of what he truly is. His sister has always wanted to shield him from making that discovery, but when he makes a desperate attempt to escape from his kidnapper, he finds himself sucked up into a world he never knew existed, one filled with griffins. As he begins to explore this world, he quickly discovers that he is also a griffin. As an unlikely connection forms between him and Bayo, the Griffin Leader, he is startled by Bayo’s insidious plans. Their destinies are linked in unfathomable ways and in ways that will move the plot to places readers couldn’t imagine. In this magical world filled with intrigue and danger, can Hale discover his path and mission before it is too late? Most importantly, can he grow to the full stature of what he is meant to be before life is ripped from him?

In Hale: The Rise of the Griffins, J.K. Noble introduces memorable characters and makes them unforgettable by writing traits that distinguish each character and their role in the story. Names like Hale, Bayo, Felix, Greon, Ellionna, Robin, and Rioma will stay with readers after they turn over the last page of this engaging story. The author uses magic and originality in world-building to create a wonderful reading experience. The hero of this tale is a young man whose journey is filled with surprising moments as he unveils each layer of his nature and faces new challenges as the narrative moves on from page to page. The prose is beguiling, the dialogues are expertly written, and each chapter is intelligently conceived and accomplished to pull the reader deeper into the world of the characters and their mysteries. This is a fascinating story that will pull in any fan of unique and original writing in the urban fantasy genre. The length is perfect, and it casts a vivid light on an imaginative world that comes alive in Hale’s unsuspecting journey. The gruesome situation of the world the young protagonist finds himself coupled with the transforming tides of the griffin world demand that he sits up — and readers too. It is fast-paced, original, and hugely entertaining. From the nuanced characters to the mesmerizing prose, from the unexpected plot twists to the robust conflict, J.K. Noble weaves a yarn that has solid grips on the reader.