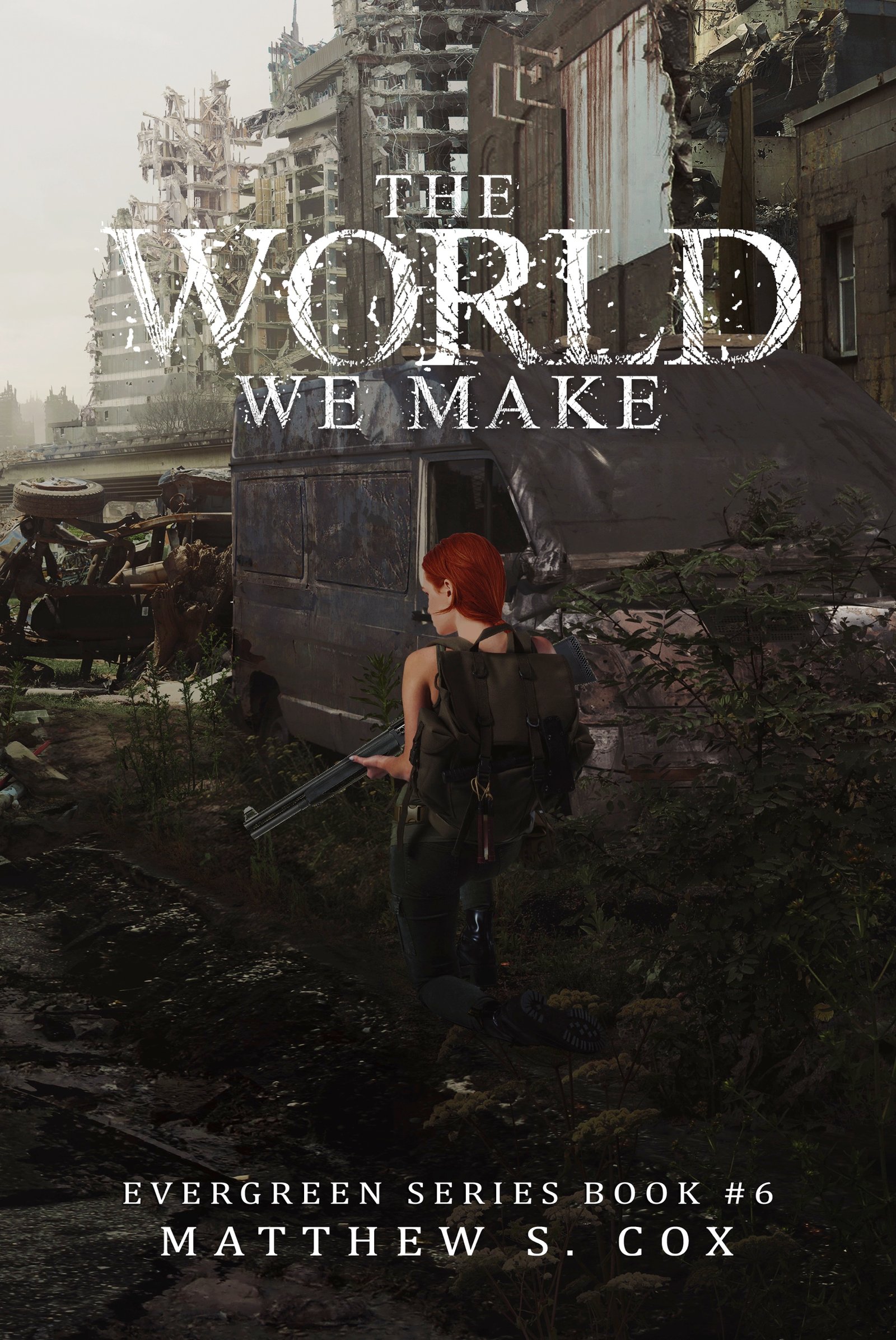 The World We Make

Eighteen-year-old Harper Cody is among the few to have survived the devastation of war that has left so many wastelands and broken souls behind. In this post-apocalyptic world, everyone struggles to survive, crime is rampant, and life seems to hang on a very thin thread. In this depressive world, Evergreen becomes the place of hope for many who still believe that life can go on and can get better. Harper is in the militia and she is determined to protect those she loves from bad guys and, especially the Lawless, the gang that killed her parents. But she is herself vulnerable, facing threats from those within her surviving community and outside.

Expertly crafted and a perfect read for fans of post-apocalyptic tales, The World We Make by Matthew S. Cox is the sixth book in the Evergreen Series. It stands out in its quick pace, the clever cast of characters, and ingenious execution of plot threads. The setting is vividly painted and it feels like a character in its own right, and readers will adore the effect the world the author has created has on readers. It is one in which it is painful and difficult to live. As the narrative opens, the precariousness of life becomes so evident with the evocation of the day that Harper’s parents were killed while she hid in the basement. The gang that is known as Lawless creates a lot of fear in the society in which young Harper evolves. Matthew S. Cox writes characters that are real and believable and they are genuinely portrayed in the bonds they share with each other, their fears and hopes. The scenes are infused with realism. For instance, Harper can’t help worrying about getting pregnant. The banter between the characters, especially Harper and Madison, is passionately written, engaging, and fun, and it augments the entertainment potential of the story.

The World We Make is a terrifically entertaining story that explores themes of resilience, family, survival, and crime in a post-apocalyptic world. The prose is gorgeous and it shines through every page of the story. The characters are lovable, from Harper to Madison, Jonathan, Renee, and Lorelei. While The World We Make is the sixth book in the series it reads perfectly as a standalone novel. The characters are beguiling, the writing detailed and addictive, and Matthew S. Cox’ storytelling craft offers a gorgeous feast that fans will delightfully gobble.