Dan Fesperman Speaks About Inspiration, Writing Process, and What Readers Find Interesting in His Books 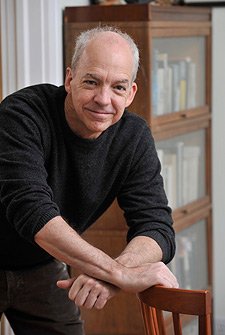 You have an impressive resume that documents the work of a seasoned journalist. Can you tell us what has been life-changing in your career?

Being sent abroad by the Baltimore Sun in early 1991, to cover the Gulf War from Kuwait and Saudi Arabia opened horizons and professional opportunities for me that have made all the difference in my work as a reporter and novelist. That assignment led to a long-term posting in Berlin, which in turn led to trips throughout zones of conflict in Bosnia, the Middle East, and beyond; journeys that introduced me to so many interesting and compelling people who were living and working under incredibly stressful conditions. All of them taught me so much about human nature, and their tales and descriptions filled my notebooks. That rich material always had to percolate a while before I was ready to set it onto the page for a novel. And without that first trip in '91, I never would have acquired any of that experience.

What is the connection between your profession as a journalist and the themes of your book?

As a reporter, I was always trying to see and render newsworthy world events through the eyes of a few interesting people who I would meet along the way, people who'd gotten caught up in the middle of something big. I've done the same as a novelist, and in both roles, I've always been fascinated by how war, disaster, famine, migration — you name it — tends to bring out the worst or best in people, and sometimes both. What decides which way someone will tilt? Why do some opt for virtue and cooperation, and others for power and greed? Even after witnessing this dynamic up close for years I can't answer those questions conclusively, but every time I write I'm trying to inch a little closer toward clarity.

Can you tell us about your characters and what makes them unique? Why should people want to know them?

I suppose it's the same things that make anyone you meet unique — their ways of seeing the world and of dealing with those around them; not just the wider world, but the smaller universe of home, their jobs. Some of my characters happen to live in fairly interesting environments — intelligence agencies, pivotal moments in history — and through them, I hope I'm able to offer a more complex and nuanced take than what you'll generally find.

What prompted you to write The Cover Wife?

I've always been fascinated by the accounts of the so-called 'Hamburg Cell' of young Islamist radicals, and also of the doings of the CIA and FBI in trying to keep tabs on those kinds of people in the years leading up to 9/11. I was particularly interested in how personal rivalries between key figures in those agencies led to blind spots and intelligence failures which proved to be catastrophic.

Can you share your process with us and how long it took to go from inspiration to publication?

It's different with every book. With The Cover Wife, I traveled to Hamburg for site research but also drew from my three years of living in Germany in the 1990s. I did interviews and archival research, a lot of reading of books and journalism covering that period. All along I was writing characters sketches, plot scenarios, and flashes of potential scenes, and at some point, I finally came up with a beginning, an opening scene from which all other events and actions seem to flow naturally. Editors have told me I'm a fairly 'organic' writer, whatever that means, but I've always interpreted it to mean that I don't tie myself too rigidly to outlines or pre-set ideas of where a story will lead, or how it will get there.

Did you have any surprises and learning moments in the process of writing your latest book?

No surprises, really, but you can't help but learn from the experience. There are always some false starts, some problems with character or plot that derail you for a while. Every such moment hopefully leaves you better equipped to deal with the next one.

What do you think readers will love most in your writings?

You'd have to ask them, because, judging from the mail and messages I've received over the years, it's different with each one. Some come for the characters, and for the passport they offer into unknown or seemingly forbidden worlds. Some readers seem to be attached by the exotic settings, or the geopolitical backdrop. Some say they like the prose and the way I tell a story. But I'm always happy whenever I hear from a reader because it can get very isolated out here without any feedback from anyone but yourself as you write page after page, day after day.

Any projects for the near future?

I've just handed in the final draft of my next novel, Winter Work, and I say without reservation that I think it's the best thing I've written. And, no, I'm not one of those writers who reflexively feel that way about each successive work. This one is set in Berlin in early 1990, about four months after the Wall came down. It's told largely through the eyes of an East German spymaster who is due to receive his last paycheck as his ministry and his country prepares to shut down operations. He faces a bleak, open-ended future, yet he also is privy to a lifetime of deep secrets, secrets which both friend and foe would like to acquire.

Next »« Prev
Error! The please fill in the 'Full Name' 'E-mail' and the Message
Message Submitted