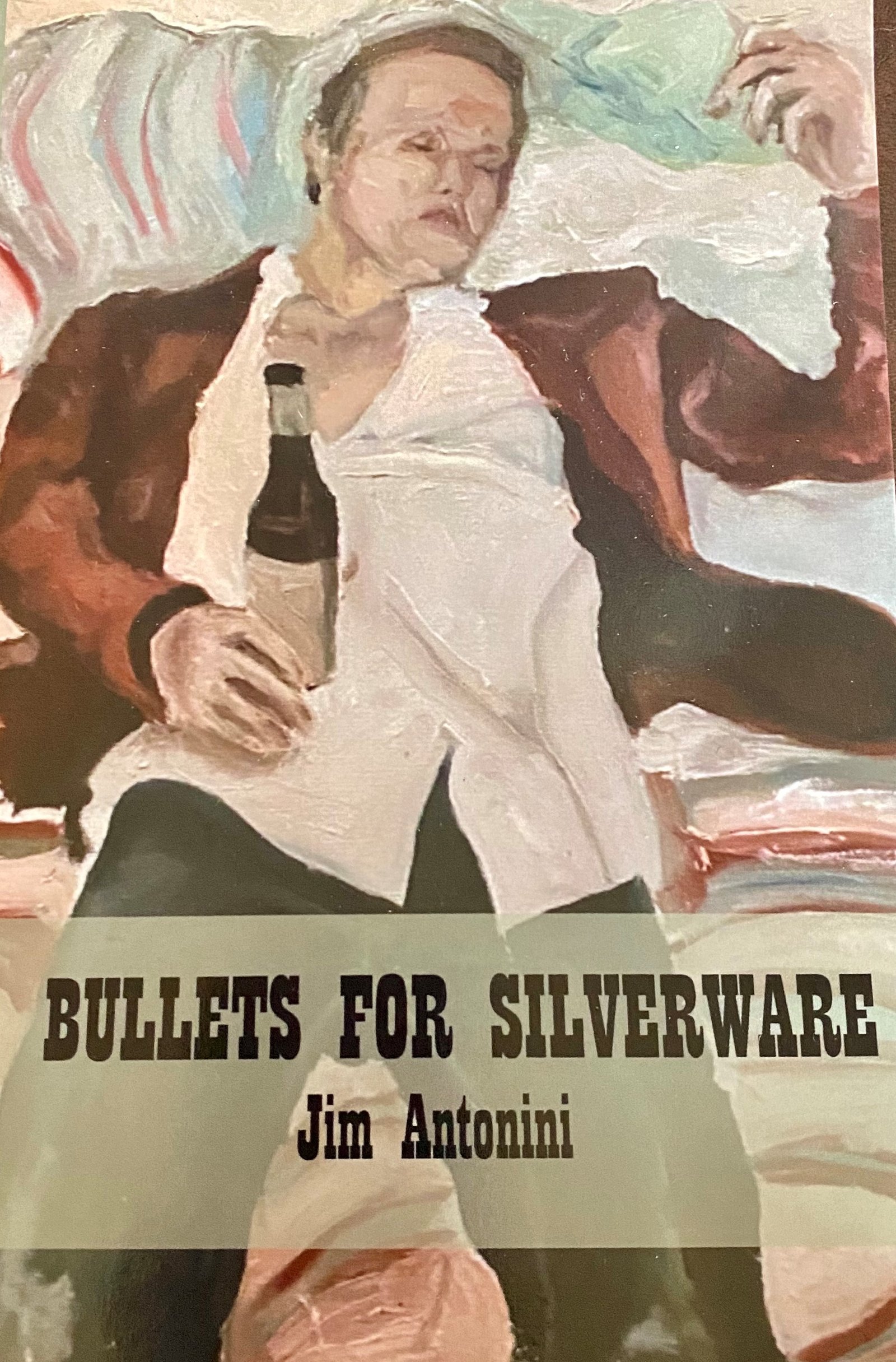 A young pharmacist leaves Pittsburg and accepts a job in rural Caldwell County, West Virginia, and quickly finds himself enmeshed in a world of sex, guns, and drugs, and the criminal underlay of the rural town. He falls in love, but obsessed with the mystery of the disappearance of the pharmacist he is hired to replace. His journey is fraught with danger in a world where guns are easy to find and use, but will he be able to leave this addictive town and Crystal, the girl who has rocked his world, when the moment comes?

Bullets for Silverware by Jim Antonini is a mesmerizing tale that features well-rounded characters and a rollicking journey with a surprising destination. From the opening pages, the readers are captured by the cracking narrative and a male protagonist that is leaving behind so much for a start in a town that is nowhere. He leaves behind an invitation to medical school, a talented and successful fiancée, and a comfortable, familiar way of life. The small town of Caldwell, West Virginia will break and change the twenty-something young man in many ways than he could have imagined. It is laden with drama, dialogues that sparkle, and an engrossing first-person narrative voice. The novel serves a realistic cultural world as a young man tries to untangle the mystery surrounding the disappearance of the person who held his job before him.

Jim Antonini writes in gorgeous prose and creates characters that are rock-solid, with realistic backgrounds. The descriptions are terrific and from the start of the story, the image of green hills rolling into one another comes vividly to mind as the author describes Caldwell County. A character who has grown up in squalor in an unpainted wooden shack without running water and little food, and torn clothes, instantly grabs the reader’s attention. Readers will root for characters like Crystal, Aaron, Whitney, and many others because they are realistically written and relatable. Bullets for Silverware offers a veritable, rollicking ride for fans of literary fiction and crime thrillers with a rich setting and memorable characters. It is twisty and suspenseful in its execution.